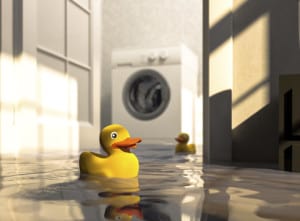 One of our biggest frustrations as a professional disaster remediation company, is when homeowner’s are given misleading information.  One of the biggest  misconceptions we see is when an adjuster or insurer tells a homeowner that they have to use certain remediation companies for their home repair.  We think it is important to preserve homeowner choice, and in this matter, Colorado law agrees with us.(House Bill 13-1062).

As a public representative, an insurance adjuster is obligated to serve the interests of their customer above all others.   An adjuster cannot direct a homeowner to any company they have a financial interest in, whether direct or indirect.    Adjusters are prohibited from activity that looks like a conflict of interest, such as referring clients to their preferred mitigation company if there is no objectivity behind the decision.

Recently, we heard of a competing company, who had responded to a weekend emergency call, made by the homeowner, being removed from the job when the homeowner’s insurance adjuster told them they needed to use a specific company.  The responding company left the job site, and the adjuster’s specified company took over.  What the homeowner did not know, is that Colorado law, prohibits this action if it is not in their best interest.   Even more unethical, is that this adjuster may have an indirect financial benefit from recommending the specified company, as their spouse is reported to be an employee of one of the specified company’s franchises.

In addition, delaying the homeowner’s repairs, by replacing an emergency response team could conceivably have led to more extensive damage.  Clearly, this was not in the home owner’s best interest and the adjuster lacks the necessary good faith protection of the homeowner.   Not to mention that the company that responded, lost a job they had been called to complete.

In some cases, the adjuster may believe one remediation company is superior to another, and may make a recommendation based upon this opinion.  They are obligated however, to be objective in this assessment.  If your insurance adjuster recommends a specific company for your repairs, know that you are not required to comply.   You may always choose who works at your home.  In fact, it might be worthwhile to ask the adjuster why they are directing you towards one company over another to make certain your best interests are being protected.